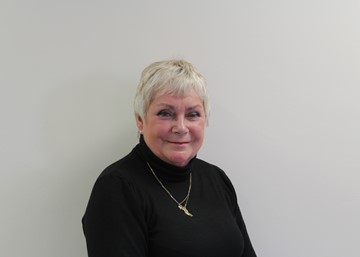 A senior leader at Sherwood Forest Hospitals explains on International Women’s Day (8 March) how life has changed for women since she started work in the 60s, but how there is still a long way to go before men and women are treated equally in the workplace.

To mark this year’s International Women’s Day, the Trust has shared profiles from more than 20 female NHS employees from across King’s Mill Hospital, Newark Hospital and Mansfield Community Hospital, showcasing their roles and the obstacles they have faced as women throughout their career.  One of the profiles focuses on Susan, who has faced gender bias and inequality on a number of occasions throughout her 56-year-long career, but through determination and challenge has made it to where she is today as an elected Lead Governor for Ashfield, a voluntary role at the Trust.

All Hospitals that are a Foundation Trust (like Sherwood Forest Hospitals) have a Board of Governors who performs an essential role in the governance and development of the hospital. It is a voluntary role and they are elected to it by Trust colleagues and members of the local community. Much of Susan’s role is to represent the views of the public and to hold non-executive directors to account.

However, getting to where Susan is today hasn’t been without challenge, and as a female she has faced knock backs along the way. She said: “I began work in 1965, where times were very different. I began in the Civil Service, where it was expected that women did the clerical work, rather than be in management. Later on, when I was married and wanting to change jobs because of a house move, I found it almost impossible. I was turned down when I applied for a clerical job at a big firm because ‘I was too highly qualified’ after a grammar school education and ‘wouldn’t fit in’.

“I was also told by more than one employer that they would not hire me because of my age and that I would ‘soon be pregnant and leaving’ as in those days there was no maternity leave. It was just assumed that you would stay at home and look after your child.”

As her career progressed, Susan also found that she faced gender bias when it came to her choice of job. “The majority of my working life was spent as a secondary school teacher, but I frequently faced surprise that I taught science,” she said. “I think the preconception of many was that I should be teaching infants! I overcame this by being good at what I did, which was measured by the exam passes of my pupils.”

It wasn’t until she retired and started volunteering as a magistrate 30 years ago, and then as a governor within the NHS, that Susan found improvement in the way she was treated as a female in her role. She said: “I spent 26 years voluntarily as a Magistrate and fortunately, it was equal opportunities there.”

Over the years, however, Susan has noticed a shift in the way women are being treated more equally to men, although she explains that women today should continue to challenge. “Women today have so much to be grateful for in the changes that have happened over the last 50 years. They must appreciate and consolidate these gains and always remember we are not the same as men, nor do we want to be, but we are equal. If we all assume that ‘we can’ and then ‘we do’, we can prove that women truly are equal to men.”

Sherwood Forest Hospitals’ Director of People, Clare Teeney, added: “It’s really empowering to hear Susan’s story and how she has overcome the challenges she has faced in her career. As a Trust, we are committed to ensuring that all of our colleagues, and our patients, know that they are treated equally, regardless of their gender, or any other characteristic. We recognise and respect the differences between people and this means treating and valuing people as individuals.

“We’ve done a lot of work to ensure that colleagues at Sherwood feel there is a supportive, fair and inclusive environment that enables people to be themselves at work.”

The theme of this year’s International Women’s Day, which takes place annually on 8 March, is #ChooseToChallenge, which encourages us to choose to challenge and call out gender bias and inequality.